Is this your listing? Get these ads removed.
Show my location
Get directions
FEATURED REVIEW

19th December 2011
very impressed with the service
Read all reviews
CourierPost can offer you more services and a greater distribution network than any other courier company in New Zealand.


With CourierPost your goods and documents are in the best hands.


At CourierPost branches you can Buy courier tickets, trackpaks and boxes Pick up Card to Call items, Send items.


With CourierPost, you can be assured of: Reach We offer New Zealand's most extensive delivery network in the business, consumer and rural markets, with access to over 1.85 million delivery points, including 200,000 New Zealand Post PO Boxes and Private Bags and 175,000 rural addresses.


We have New Zealand's largest nationwide fleet. With over 700 couriers, we're everywhere you and your customers need to be. Visibility We use the latest in Track and Trace technology and electronic proof of delivery to give you total visibility of your item's progress, 24/7.

Other nearby businesses
5 Current Review(s)  |   0 hidden

7th May 2014
We were sent a parcel from Spain with our right number on the street written on it, 42 - G . The Christchurch Courier Driver, named Saul in our delivery area, understood that was 426. When he realized that actually the number 426 did not exist on the street, he thought that it might be 4/26. HE NEVER CHECKED that actually number 42 exists on the Street. So he delivered our parcel in apartment 4 number 26, leaving it at the door as no one was at home. On Tuesday morning I called to NZ Post, they opened an enquiry and got me ALL DAY without any useful answer. The NZ Post International investigator assigned, Trysha, was supposed to give me information during 2 to 3 hours after she got the case (at 12.00 pm). Me and my partner went to the house were the pack was delivered. The old man called back to the Courier Post office on Saturday when he received our parcel, claiming that some one had to pick it up. The Courier Post answered that he should leave the parcel where he found it and some one would go and pick it up. The only new that we have, after being chasing this case for hours is that they can not actually reach the Driver since yesterday!! This parcel was really important.... We feel really impotent about the incompetence that the Driver showed and the Courier Post answer. HOW IS THAT THEY CAN NOT GET IN TOUCH WITH THE DRIVER?? DOES NOT HE GO EVERY DAY TO WORK AND PICK UP THE PARCELS IN THE OFFICE??
Is this review: Useful (0)   Funny (0)   Not Useful (0)   Inappropriate
Please briefly explain why this content is inappropriate...
Reporting inappropriate

19th January 2013
Posting was inefficient. I asked for it to be redelivered to a postoffice 3X and they promised it would be there the next working day but 3 times it still not there and is still sitting locked up in a depot. Telephone service some were friendly some were not.
Is this review: Useful (0)   Funny (0)   Not Useful (0)   Inappropriate
Please briefly explain why this content is inappropriate...
Reporting inappropriate

3rd April 2012
Very impressed with the service I received today. The operator at the 0800 number was very helpful. He contacted the ChCh Branch asking them to inform me when my parcel would be back at their depot. Not long after I received a call from Sharon at the ChCh Depot who informed me my parcel would be back approximately between 4.30 and 5pm and that I should come in after 5pm to pick it up. I was very impressed with the service I received from everyone (as with my last parcel I had a few problems). Hey thanks everyone you were all super helpful. Cheers. Jenny.
Is this review: Useful (0)   Funny (0)   Not Useful (0)   Inappropriate
Please briefly explain why this content is inappropriate...
Reporting inappropriate

28th January 2011
I've been using Courier Post almost daily for 6 years and found them excellent. Cost's more than others but it's worth it. Yes, Saturday Delivery can be a lottery - especially in Auckland and Rotorua I've found.
Is this review: Useful (0)   Funny (0)   Not Useful (0)   Inappropriate
Please briefly explain why this content is inappropriate...
Reporting inappropriate
Show Branch Reviews 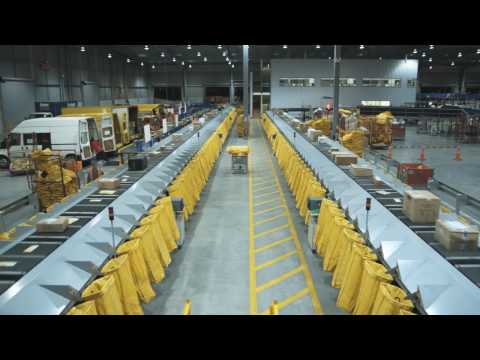